TITO DA’FIRE RELEASES VISUALS FOR HIS NEW SINGLE ”ONE KISS” 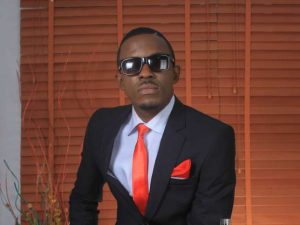 Uduak Jedidiah Peters, popularly known as Tito Da.Fire, is not new to the Nigerian music industry as a singer, songwriter, radio-presenter and producer. He started his music career at an early age, as a member of Kollotianz, a school boy musical group.

Currently signed as the second artiste under Grindiin Records, after a brief hiatus from the music scene with a number of singles, he bounces back like a cat with nine lives in 2017, with a new single titled; ”One Kiss”. Grindiin Records, immediately shot very clean visuals to accompany the wave making track.

The track was produced by US-based producer Mantra, whose enormous production credit includes ”Selfish” Future ft. Rihanna in collaboration with MDL, the producer of Justin Bieber’s ”What do you mean”.

In his quest to satisfy the yearning of his teeming African fans, Tito Da’Fire went ahead to infuse a blend of the African talking drum; an addition of typical afrobeat lyricism and rhythm along with an Afro-pop appeal.

The set-to-drop “One Kiss” Video, was directed by ace cinematographer, AJE Filmworks It was shot on various locations in Lekki, Lagos Nigeria. The visuals aptly captured the blend of sounds and imagery that present a cross cultural appeal regardless of the background.

“One Kiss” is currently gaining massive rotation on Nigerian radio stations. African countries such as Uganda, Tanzania, Ghana and South Africa are also catching the vibes which strongly indicates that “One Kiss” is a lover’s delight.